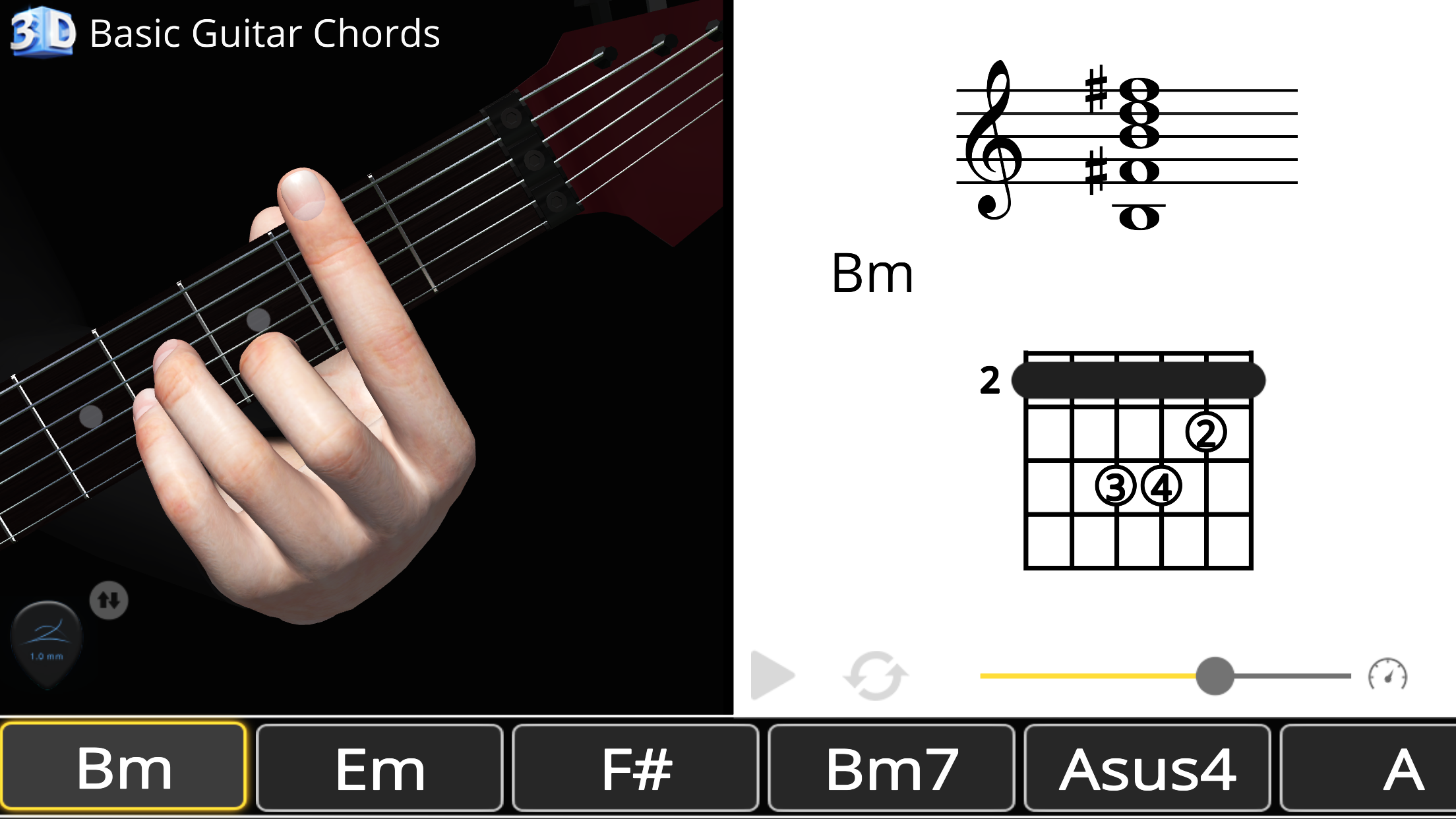 In music theory, B minor chord is built on B-D#-F# formation: root-minor third-major third. Basic minor chord has a formation B-F#-B-D#-F# from basses to trebles in the guitar.