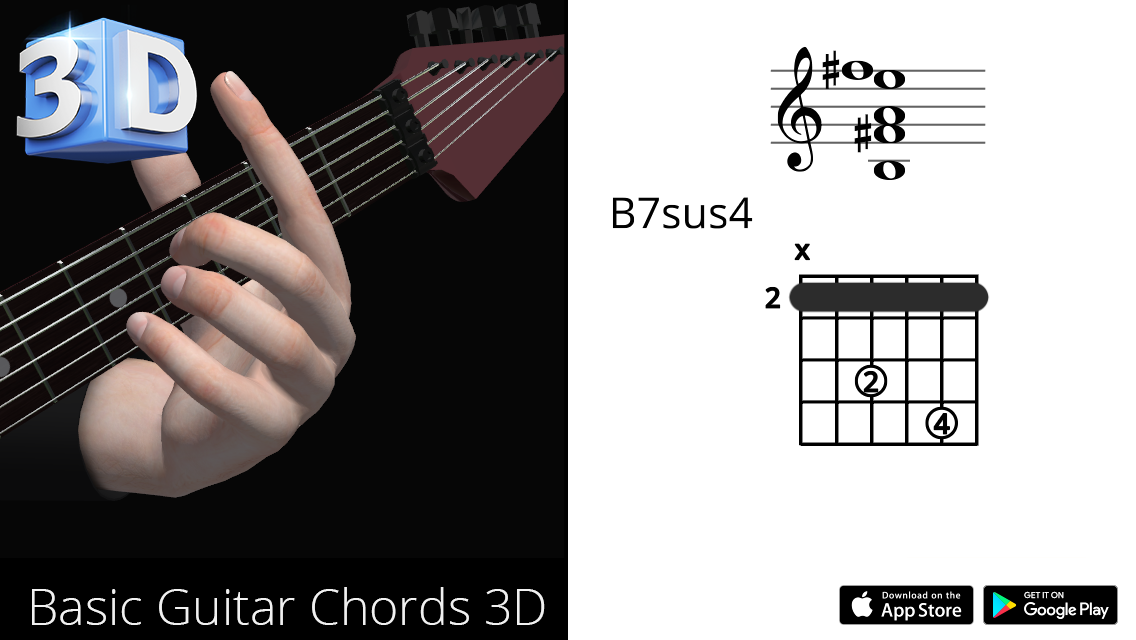 TThis suspended chord is derived from a seventh chord. In music theory, dominant seventh chords are built by four different notes such as C-E-G-Bb. The seventh suspended fourth chords substitute the minor or major third interval with a perfect fourth interval above root note(C-F-G-Bb). This change gives a dissonance and delaying effect before resolving of harmonic chords.